At the end of his earthly career, Jesus advised his apostles that authority for all matters within our universe had been given to him.

“Jesus came and told his disciples, “I have been given all authority in heaven and on earth.”
- Matthew 28:18

The Apostle Paul confirmed this when he explained that after Jesus completed the work he came to do on earth, he was exalted to the highest station:

“You must have the same attitude that Christ Jesus had. Though he was God, he did not think of equality with God as something to cling to. Instead, he gave up his divine privileges; he took the humble position of a slave and was born as a human being. When he appeared in human form, he humbled himself in obedience to God and died a criminal’s death on a cross. Therefore, God elevated him to the place of highest honor and gave him the name above all other names, that at the name of Jesus every knee should bow, in heaven and on earth and under the earth, and every tongue declare that Jesus Christ is Lord, to the glory of God the Father.”
– Philippians 2:5-11

At the same time that Jesus revealed his enhanced sovereignty, he laid upon his disciples this command:

“Therefore, go and make disciples of all the nations, baptizing them in the name of the Father and the Son and the Holy Spirit. Teach these new disciples to obey all the commands I have given you. And be sure of this: I am with you always, even to the end of the age.”
– Matthew 28:19-20

Again, the Apostle Paul, expounded on this commission:

“And all of this is a gift from God, who brought us back to himself through Christ. And God has given us this task of reconciling people to him. For God was in Christ, reconciling the world to himself, no longer counting people's sins against them. And he gave us this wonderful message of reconciliation. So we are Christ's ambassadors; God is making his appeal through us. We speak for Christ when we plead, "Come back to God!"
– Corinthians 5:18-20

An ambassador is defined as:

“a diplomatic official of the highest rank, sent by one sovereign or state to another as its resident representative;”

“a diplomatic official of the highest rank appointed and accredited as representative in residence by one government to another.”

Each of these definitions carry three common ideas: (1) that an ambassador is of high rank; (2) that he is sent to a foreign sovereign as a representative of his own sovereign government; and (3) that he becomes a resident in that foreign nation, often temporary. This definition aptly describes the sons and daughters of the Father:

(1) They are sons and daughters of the highest authority in the universe, the Father of All, and heirs to the heavenly kingdom:

“For all who are led by the Spirit of God are children of God. So you have not received a spirit that makes you fearful slaves. Instead, you received God’s Spirit when he adopted you as his own children. Now we call him, “Abba, Father.” For his Spirit joins with our spirit to affirm that we are God’s children. And since we are his children, we are his heirs. In fact, together with Christ we are heirs of God’s glory. But if we are to share his glory, we must also share his suffering.”
– Romans 8:14-17

(2) They are citizens of a foreign sovereignty, the heavenly government:

“But we are citizens of heaven, where the Lord Jesus Christ lives. And we are eagerly waiting for him to return as our Savior. He will take our weak mortal bodies and change them into glorious bodies like his own, using the same power with which he will bring everything under his control."
– Philippians 3:20-21

(3) They are temporary residents on earth,

“This letter is from Peter, an apostle of Jesus Christ. I am writing to God’s chosen people who are living as foreigners in the provinces of Pontus, Galatia, Cappadocia, Asia, and Bithynia. God the Father knew you and chose you long ago, and his Spirit has made you holy. As a result, you have obeyed him and have been cleansed by the blood of Jesus Christ.”
– 1 Peter 1:1-2

“Dear friends, I warn you as “temporary residents and foreigners” to keep away from worldly desires that wage war against your very souls.”
– 1 Peter 2:11

Accordingly, the sons and daughters of God are the ambassadors of the heavenly kingdom and therefore the earthly representatives of God’s sovereignty on earth. But are all the ambassadors to be found in only one religion? 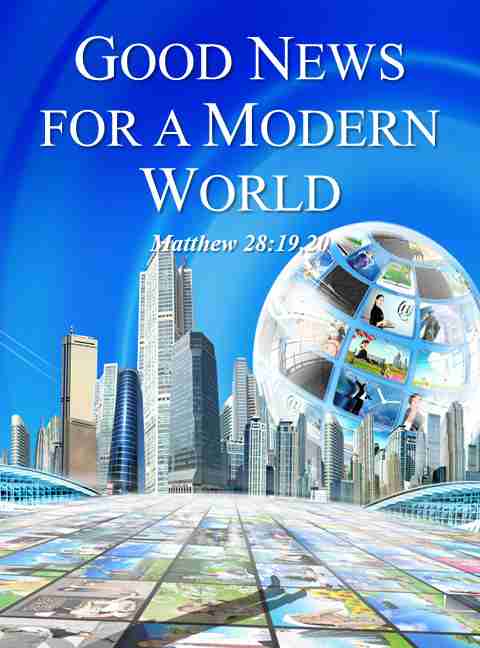